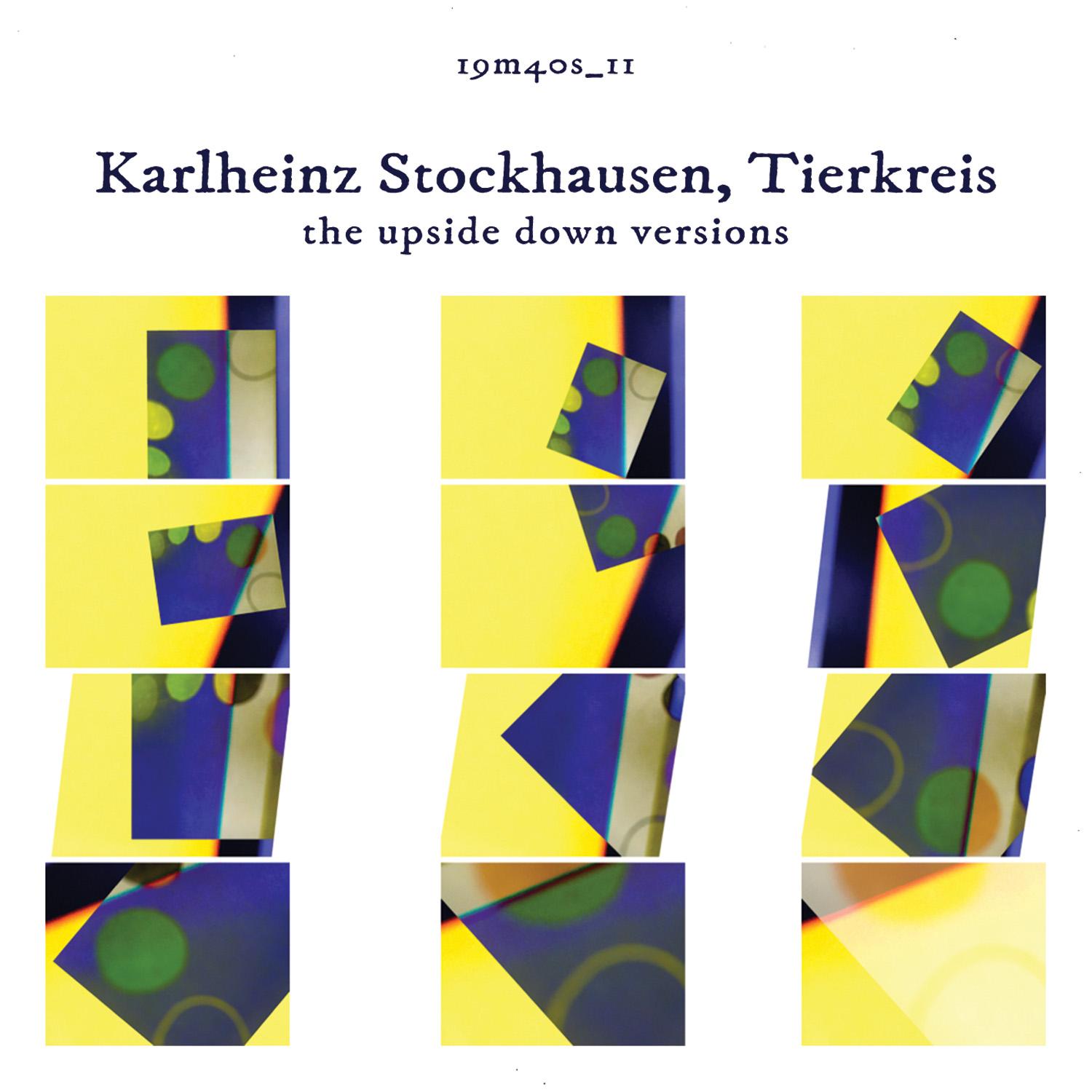 The title may trick you into thinking Stockhausen got trapped into that thing called programme music but don’t be fooled: it’s still good old Karlheinz we are talking here, with serially-structured melodies, arithmetic series, and a vertigo-inducing number of versions and interpolations as you would expect from the helicopter-quartet man. Let’s revisit the basics, then: it’s 1975 and Stockhausen is busy with a theatre piece called Musik Im Bauch (‘Music in the Belly’), for which he pens twelve melodies (one for each sign of the Zodiac, “Tierkreis’ in German) for six percussionists and music boxes. As he said, “in inventing each melody, I thought of the characters of children, friends, and acquaintances who were born under the various star signs” (one is tempted to think of Elgar and his Enigma Variations here). The sheer wit and beauty of this set propelled it outside the piece, and made the now autonomous Tierkreis (for any melody instrument and / or chordal instrument) quite a favourite of his catalogue, and even—logistically speaking—an “easier” one to perform, too! As I said above, the work has also been reworked for a variety of groups, including in some cases one to five voices, for the composer himself penned twelve texts that “describe the most prominent characteristics of the 12 human types”. If you visit Cologne, you can also enjoy it in a special ‘carillon version’ designed for the bell tower of the local Town Hall.
Everyone says they don’t believe in the Zodiac, until they are found composing (some seriously scrumptious) music inspired by it!